You are invited to join a beautiful circle with Cacao and Kirtan in Mahara’s livingroom.

Kirtan is an ancient hindu devotional music, a form of bhakti yoga, a unique gateway to be in touch with the divine presence, And a chance to open our hearts, in a sacred ceremony. We will start with a meditation, and then through chanting and repeating these many different names of gods and goddesses (mantras), we enter in a transcendental state, a space where the ego is dissolved, and we are one with everything. You will get served Mahara’s special cup of cacao.

“By singing these prayerers, we join a stream of consciousness and devotion that has been flowing for centuries.”

About Bert: Bert, kirtan singer, seeker of wisdom and traveller from Brazil. His work in this world is to be in service of the divine, to incite people to awake into a more spiritual path, through chanting with people in a heart space, around campfires, yoga studios, ceremonies, festivals and retreats.
Since a young age he has been prond to spiritual practices and eastern philosophy. After starting his travels, he has found a profound passion to community living, celebrating togetherness, and found refugee in holistic sacred modalities, traditional wisdom, mantras and devotional music.

Bert has been following the devotional path of bhakti, as a chant leader in the world of sacred chanting music for a few years, he has been attending to kirtans since the age of 16 at the self-realisation fellowship, and has been supporting many others during his travels. Now in his new music career, his intention is to bring the power of mantra chanting to more and more people as a form of healing practice to open our hearts. 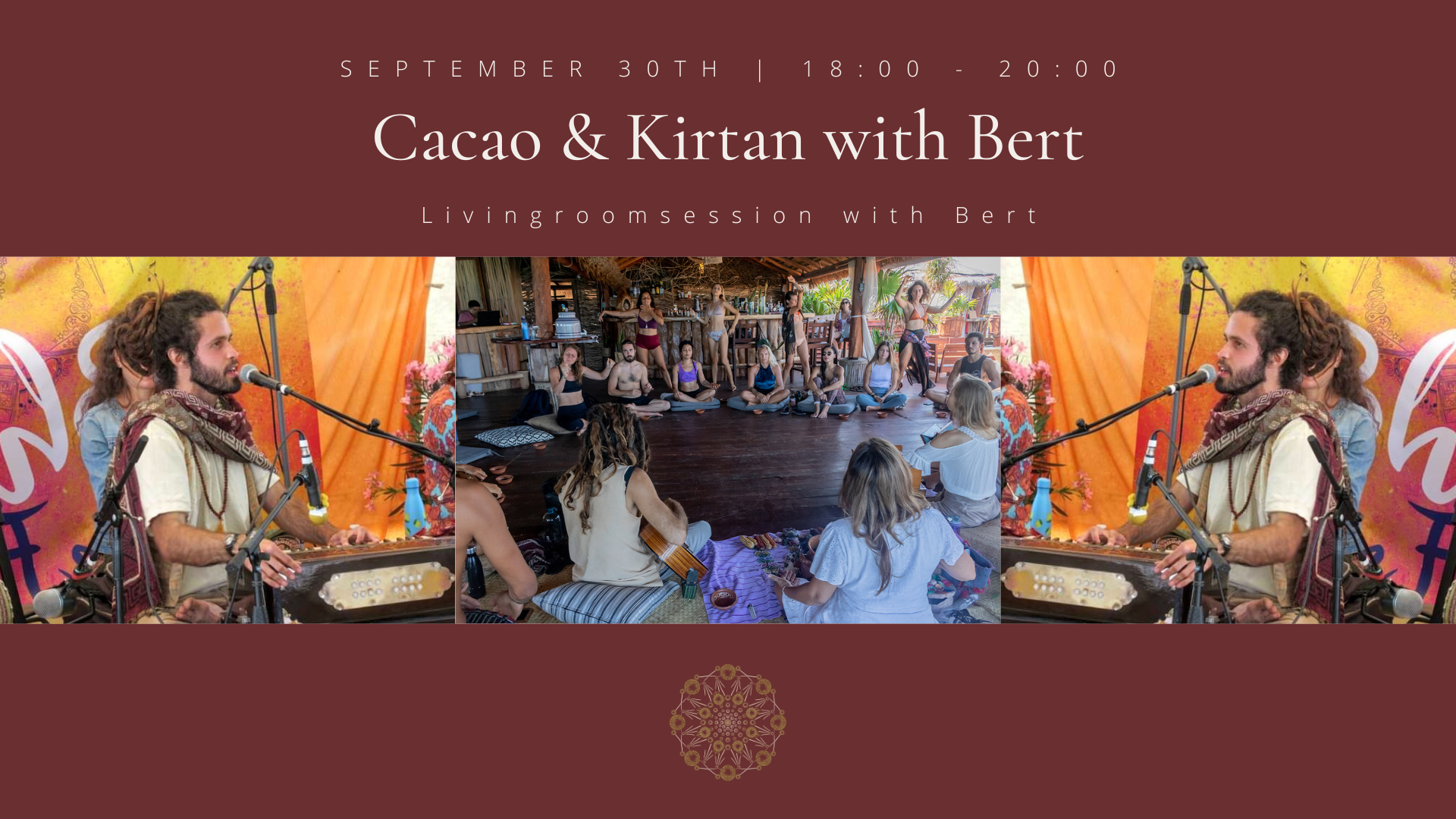